All the troops are laid out, they're ready to go. 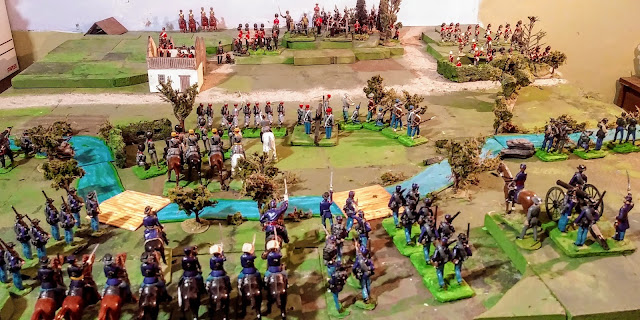 (Annoyed aside:  What the $#$@$##$# is blogger playing at? The old version was soooo easy to use. The new one is ok if you work in compose and never want to change more than spelling, but the html editor is about the worst I've ever worked with. I tried to move ONE picture so I could post then go to bed then spent 45 minutes trying to fix the post to make it legible while blogger covertly added 2 to 6 lines of code for every line I took out or added. I finally deleted 2/3rd of the post so I could get to bed and not put a hammer through the screen. Luckily, none of it was really worth reading anyway. )
After playing about with map, table and measuring devices, I finally managed to work out that about 2cm on the map was roughly equivalent to 12" on my reduced table with just a little bit being cropped on the ends.  I made no effort to match unit footprints but I think the 8 man organization ends up with a close enough foot print that I can use the scenario orders of battle without having to tweak the number of units used. Its been a while since I could do that so its 2 feathers in the cap for the 8/4 figure units that the figures were painted for. That'll make my life easier. 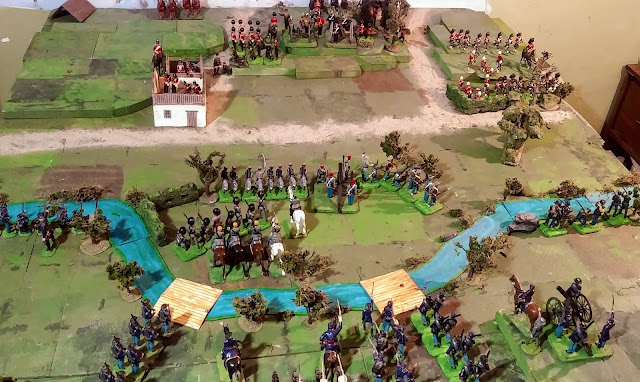 I didn't even have to tweak the ranges. Once the game was scaled out and the troops deployed, I realized that even though the frontlines begin within extreme rifle range in places, the addition of cover means an exchange of fire could last all day without decisive effect unless someone moves forward.
In the meantime, a battlefield truce has been declared so that I can get on with some overdue errands and chores after having taken advantage of the "Atlantic Bubble" to spent a few days visiting family in New Brunswick. 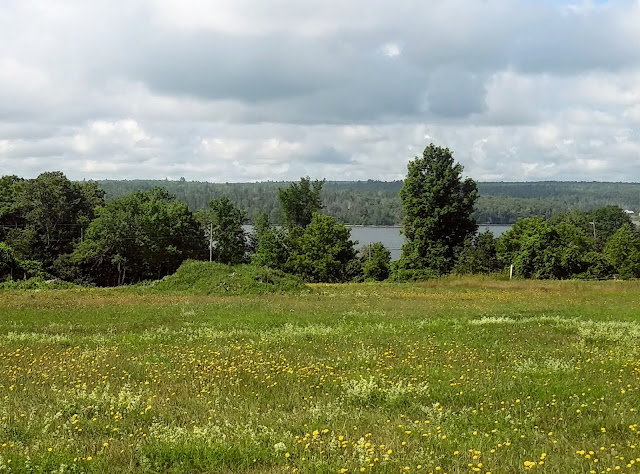