And now for something 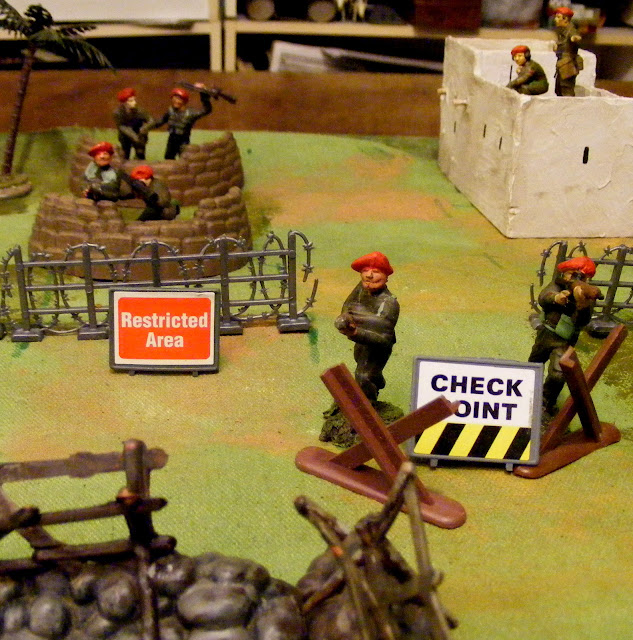 The Red Berets keep a sharp eye out for the dastardly Green Helmets.

Its been a long week with finishing the re-roofing of the shed, touching up paint on the house, stacking firewood and so on and now my wife has kindly shared some sort of bug she brought back from a dog show last weekend.  So I'm taking it easy, not even up for laying out  a full game of something but a week or so ago Bob Cordery dropped me a copy of the latest version of his Modern Portable Wargame and I was reading the accounts of littlejohn's plastic armymen in action  over at Lead Gardens,  and suddenly I thought about my small collection of Crescent, Herald and Lone Star figures which haven't seen action since Jerry, Lawrence and I played a few games of Chain Reaction II back in 2003? ish? hmmmmm 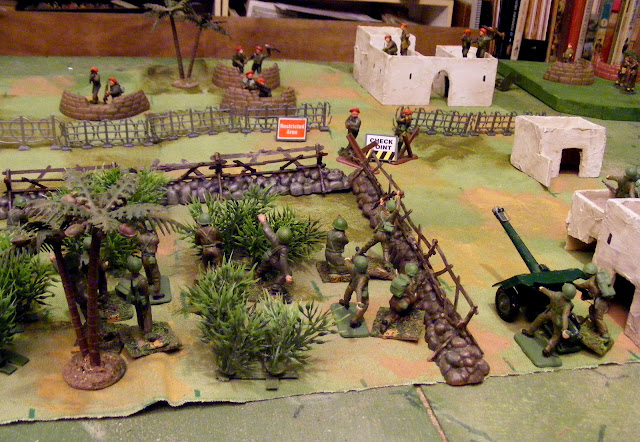 The brave Green Helmets take up their attack positions.

The B.A.T.(Battalion Anti-Tank) gun by Britain's and a few of the Crescent figures are my old toys from 50+ years ago (ok ok technically the Crescents were my brothers, I had the 56mm version but......), the rest of the figures, apart from a few Airfix,  are Crescent, Herald or Lone Star that I picked up around the turn of the century in a fit of nostalgia. Many of the accessories are from Dollar store bags of toys,. The mat is an off cut of the cloth I did for Huzzah. At the last minute before leaving, I decided to take along a Portable RCW game and set about making alternating squares in 3 shades of green and brown using what was closest to hand. Not a total success, the colours are wrong and it won't lie flat but the idea is, I think, sound.