Rally Around the Flag Indeed

A week or so ago Rob from the Captain's Blog offered me some Airfix ACW he'd gotten through Joseph. Despite previous comments on said bog about Greeks and Gifts I eagerly accepted his offer and this morning I took delivery via another friend, Mike (see http://hikingnovascotia.blogspot.ca/ author of various books on hiking trails amongst other things).

I have to admit, while anything was welcome, I was especially hoping there would be at least a pair of guns. 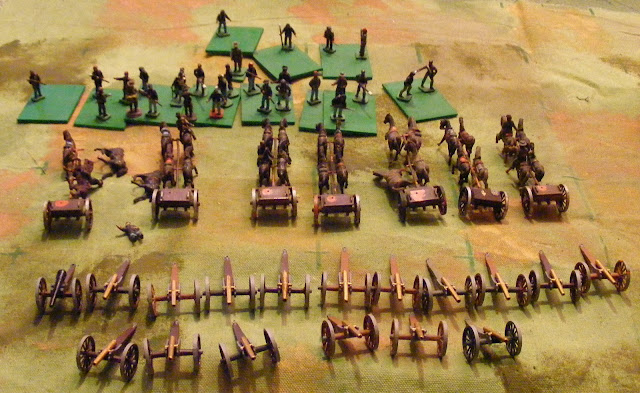 OK, got that covered then. 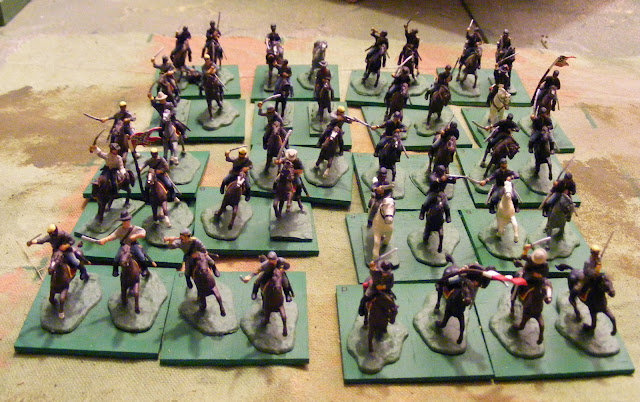 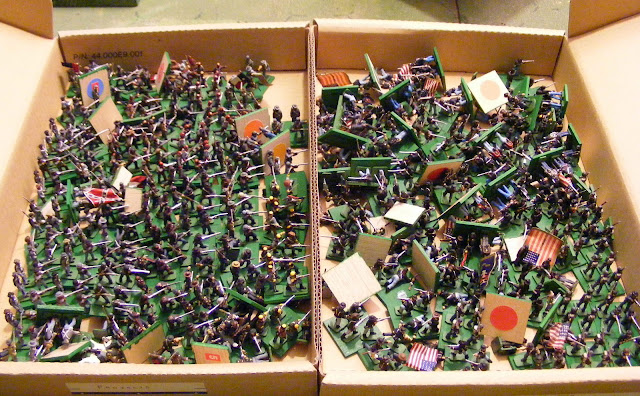 OK when Rob said "a box" I wasn't picturing something like 500 figures including some conversions and special uniforms. The forces for the Hants County vs King's County ACW Anapoloosa Valley campaign have just doubled, tripled in terms of artillery. Ample figures to share with Jerry.

I haven't had time to sort it all but it looks like mostly Airfix including a few cowboys but also a few compatible metals. I'll have to sort out the metals, check catalogues and blogs, take a magnifying glass to the bases etc (and maybe request help) to verify their origin  but I suspect at least some Jacklex, looks like it might have been a box of samples.  Whoever they are, I quite like a number of them.

The basing isn't an exact match but is close enough that I hope to get some of these lads on the table within a week.

Thanks Rob & Joseph & Michael and .whoever else was involved.