When I bought my first couple of 40mm Elastolin figures about 10 years ago I had no expectations of ever having enough to game with, it was just an indulgence, a few collectibles to go on a shelf because I had always wanted them. 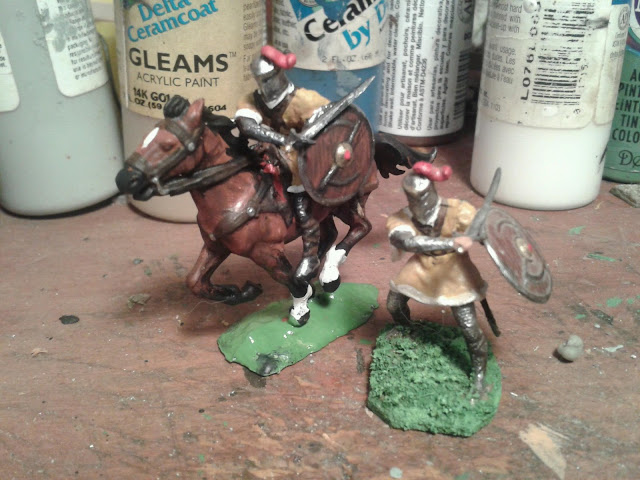 Prince Michael, on horse and on foot. 40mm Elastolin conversions.

It was a "right time right place" ebay purchase of a hundred gold vikings for ten Euros that suddenly changed that. I still didn't know what kind of games I was going to play with them but suddenly I was in a position where the occasional lot of cheap-ish broken figures and kits would allow me to convert and paint small wargame "armies". 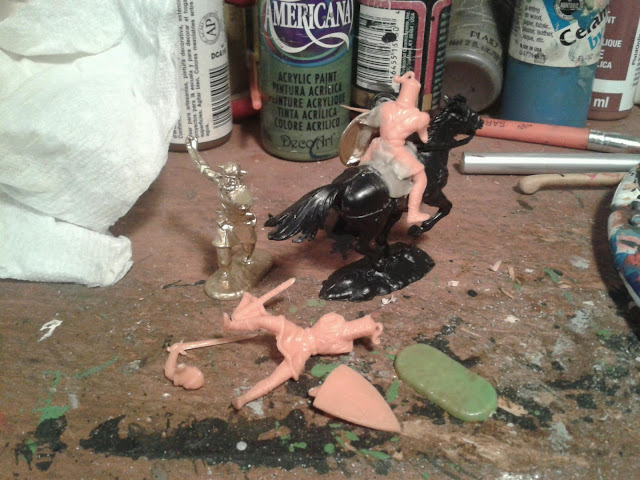 The making of a mounted prince.

In 2009, when I was playing through Scenarios for All Ages, I came to a Scenario 18, skirmish scenario that called for small numbers of single figures. Most of my horse and musket figures were on multi-figure bases at the time and suddenly the Prince Valiant figures seemed like just the thing so I had a closer look at what I had on hand. One of the broken figures I had purchased was a Prince Arne who had lost his triangular medieval shield and had been given a round shield from a viking. I gave him a name and sent him into battle. Suddenly a character and story line and setting were created. 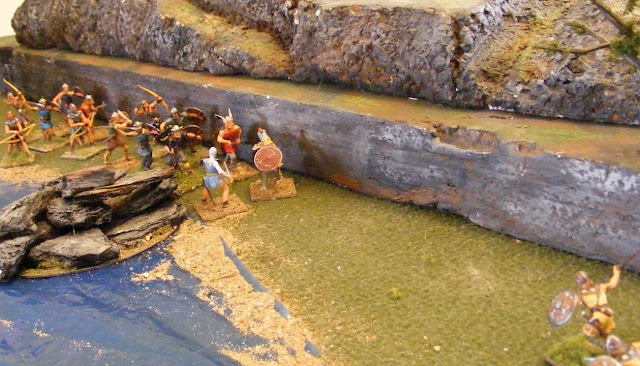 Prince Michael in his first battle.

As I was working on turning the layout for Hook's Farm into a Saxon raid scenario, it occurred to me again that sometimes it would be good to have a mounted version of Prince Michael. Turning to the spares box I dug out one of the Prince Arne kits that I snagged from Wally's Basement at Historicon 2011, one of the remaining gold vikings for his shield arm, and a spare horse. I was sifting through various mounted figures looking for a set of legs when I realized that I could use an old toy soldier converter trick, carve out the legs and tunic a bit and mount the prince directly. I should really have either bent the left leg for a stirrup-less grip on the horse or straightened the right leg to fit long, knightly, stirrups but I was afraid the result would be fragile and finicky and decided that I could get away with leaving things as they were.  A bit of putty to add a sleeve to the new arm, repair the tunic where it meets the horse and add a saddle, and he was ready for paint. 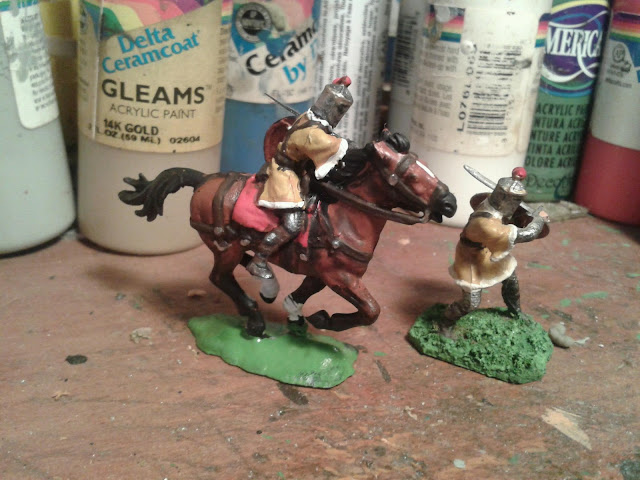