Meanwhile, back at the camp

It was about 2 weeks ago now that Ron and I took Battlecry to the Sudan. (My Sudan collection got bored and cold and went off to sunny California a few years ago). The scenario selected was #9 Attack on a Camp from Scenarios for Wargamers. I drew the Brits and put the lads to sleep with a few Bengal Lancers on duty. 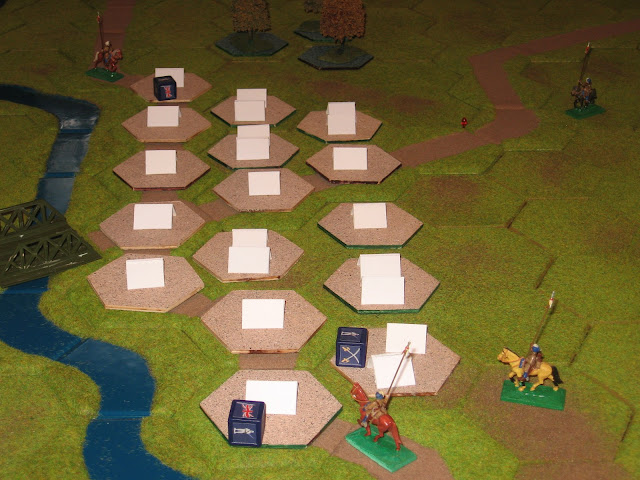 Ron's spiffy new dice get a spin as the vedettes gallop back to report the enemy's approach.
Those dice are tempting.

As the camp was alerted I rolled the dice for each tent hex to see what it contained except that no artillery were allowed on the outskirts. Crossed swords indicated no military unit present while a flag allowed me to choose. Once no more of a certain troop type was left, that symbol would also bring nothing. This served instead of the morale test in the original Teaser and the vague mention of considering the effects of panic and confusion in the book version.  I did fairly well, getting all but one of my units. My mission was to withdraw over the bridge with my army intact. 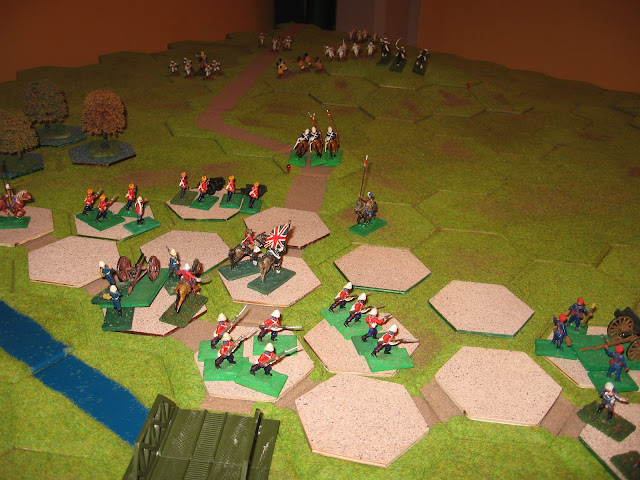 As the morning draws on, the enemy appear

The Faithful didn't seem to be as faithful as one might expect as they arrived late and hung around the back of the table.  Long before any native warriors attacked the camp I had my troops up, some entrenchments build around the perimeter and had a start on evacuating. For a while it looked like I might get off almost Scot-free. At last, in desperation, Ron put himself at the head of a unit and charged ahead. At first the outer entrenchment held but finally the last officer went down in a flurry of spears and dice.  Ron then led the survivors around and over a mountain gun. 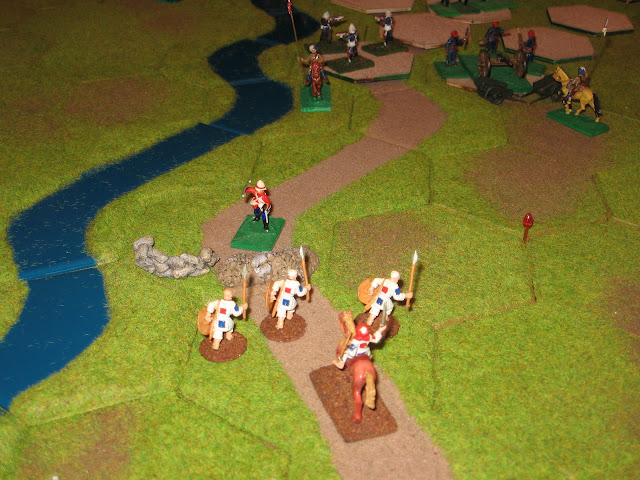 After some confused fighting, the Ansar were at last wiped out but a unit of Hadendowah finally showed up from the other side. Taking them in tow Ron went on another rampage through the camp
and finally charged over the bridge into the teeth of my artillery fire. Miraculously he survived but his followers didn't. 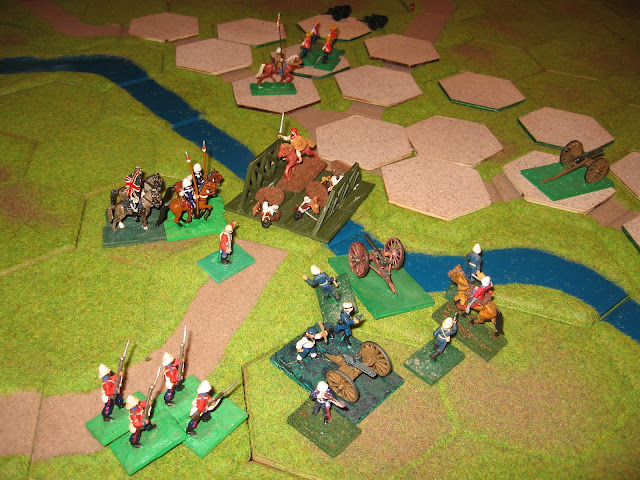 At this point there was no hope of the main Mahdist force catching the remnant of my army or forcing the bridge and I was still one away from my break point. He played his last card, a sniper. One die, if it came up swords one of my officers was going down and the game was his. 1 chance in 6. It was inevitable really. He was kind and took a subordinate, not me.