I'm sure the tramp of little feet must be wearing down the road through Sawmill Village by now.

Actually, this time you'll have to image a road running along side the fence and through the town. It was late and I was expecting a short game so didn't bother making a new road for last year's original Portable Wargame trial gaming cloth. The forces are the same as for Friday's games but it looks slightly different because the larger grid squares allowed me to use 2 stands per unit. 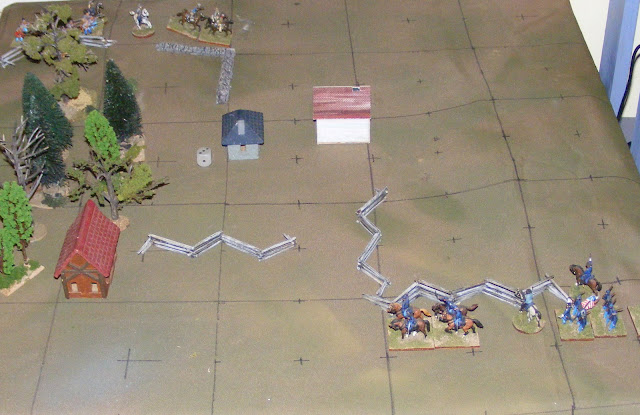 The forces march on.

I had intended to follow the same battle plan the Rebs rolled  "1" order early on and opted to move infantry forward rather than sending in the cavalry unsupported. It was a sign. 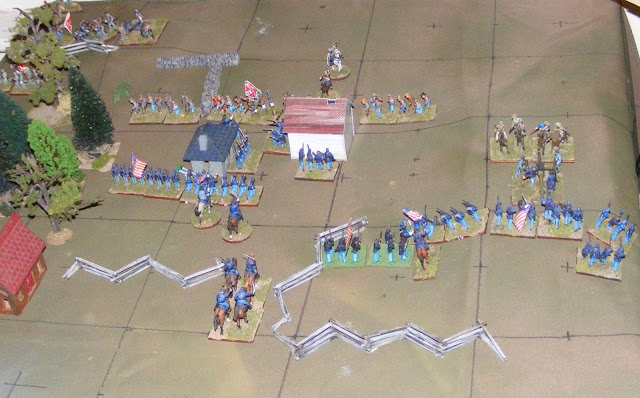 A few turns later, the Federal division is all up and have occupied the town while the 2nd Reb brigade is still straggling. The cavalry has made a bold dash at the Union gun forcing it to retreat behind the infantry 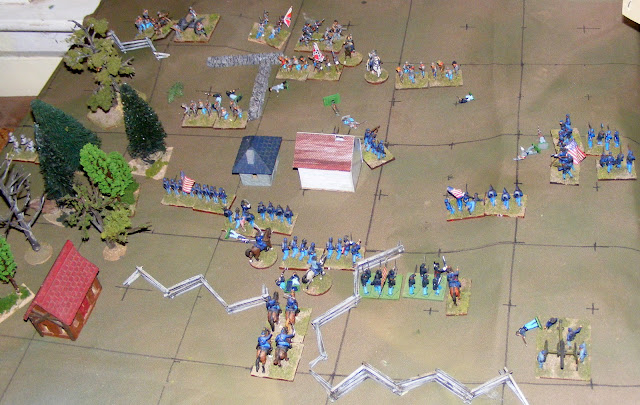 Unfortunately between the battery and the Federal riflefire, the cavalry didn;t make it back. The battery was out of operation for a while, which helped, but eventually it put itself back to gether and came back on line. The attack through the woods was slow to get under way and most of the 2nd brigade was shunted off to the far left to fill the gap left by the cavalry, thus complicating command control issues and not really helping. 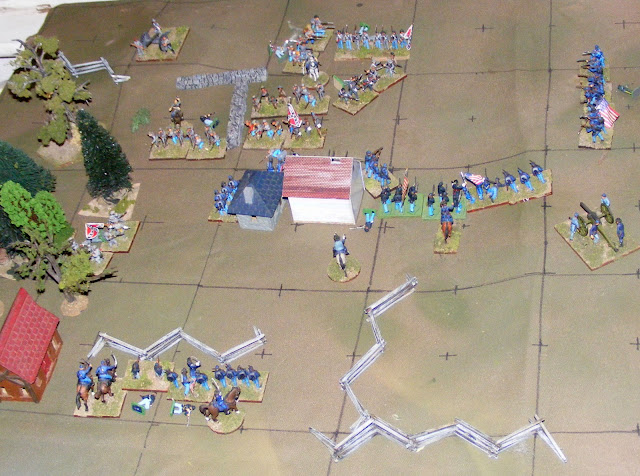 Finally the attack through the woods hit home. I am at a loss to explain why the Yankees didn't react in time to avoid being hit in the flank. Did I mention it was late?  Beyond the time we can see an unholy line as the Yankees on the right outflank and drive in the Rebel left. The ability to retreat to avoid hits saved Reb units from destruction until they had retreated into a ball of desperately trying to rally units that could neither shoot or move other than to retreat some more. 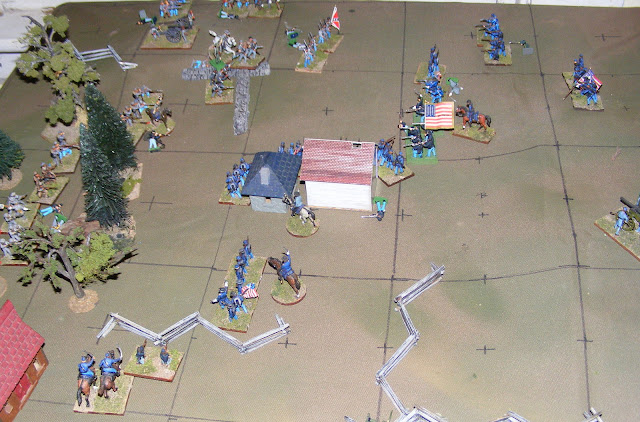 Nearly 2 hours into the game the Rebs finally got untangled and given time could have rallied if left alone but they were down 3 units to 1 not to mention a brigadier while the Yankees were firmly ensconced on the objective and not yet in a mood to leave the Rebs be. At this point I heard that there was a fresh hot pot of tea ready so I called the game rather than play to the bitter end.

The rules as played during most of the game have just been posted. A doc version should appear before too long but after I test a non-gridded version.