Testing the new board.

Its  not finished yet, for one thing when I dab paint on it the darned stuff seems to take days to dry enough that a dry brush doesn't blend. I figured, may as well find out if the concept works before I put more time in.  I'm not quite sure exactly how the 25mm Medieval Scots managed to hijack the play test, there wasn't even a full moon (aka Macfarlane's Lantern in some quarters) but there we are. 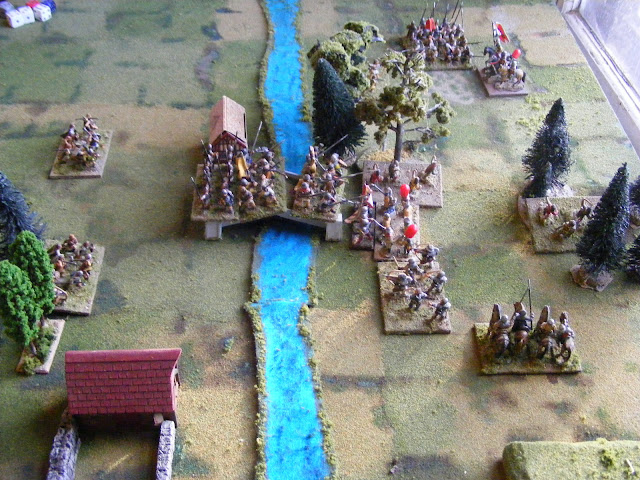 The Important Bridge scenario from Wargames for All Ages, aka The Red Book.


Having two blogs may be one too many but here I am. The Gathering of Hosts was intended to be purely for Ancients, especially my Persians but to share the load all future Ancient and Medieval posts will go there. Not sure yet whether there is enough musket in pike and shot for it to stay here  or if the armour and pointy sticks will land it there.  Anyway there is a 2 line battle report there (the Scots lost) but I thought I would put some pictures of the board here. 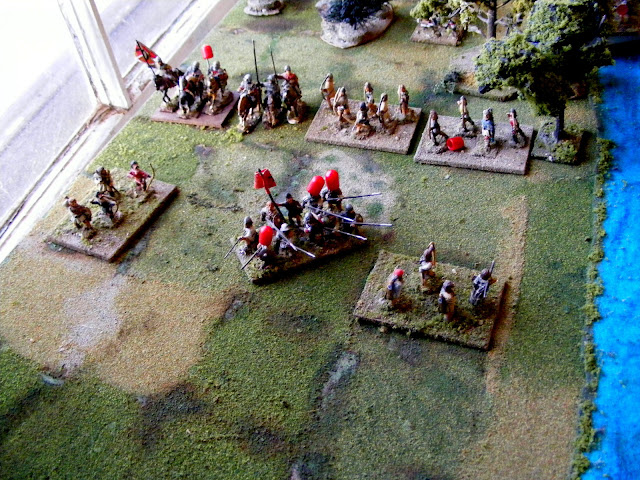 The existing bases aren't perfect but close enough for now. The crooked unit had just routed ending the game and was plopped back down again any old how for the shot.

Over all I am happy with how the board is coming and didn't have much issue with the few vague areas. I'm still pondering whether rivers should run in between 2 squares like I did in this game or through one. The former makes it clear which side of a river that a unit is on but doesn't really leave room for a unit on either bank and hides some of the shorter grid delineations. 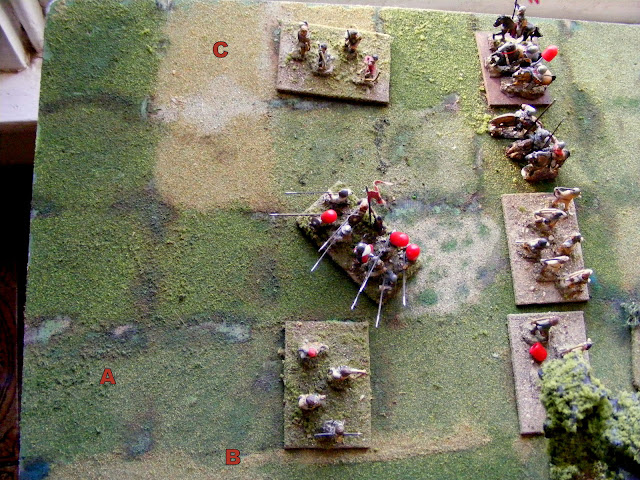 The wide dark areas are waiting for some highlights or foliage to break them up a bit. I may add "water" to some of the unflocked areas. See here for some of my local inspiration for comparison these squares will normally be considered to be about 100 yds across or perhaps between 50 and 150 yds depending on the game.

A is an area where 2 different colours of green flock look differnet in a good light but fade into sameness in poor light.
B is a rather too straight run of gravel or crops,
I have already forgotten what I thought the issue was with C!  Oh well.

Oh and the stream is blue felt, the bright blue that shows, with streaks of darker blue to break it up. The edges were painted  in an earth tone and flocked with coarse foliage since I don't expect to have to put a house or hill on it. 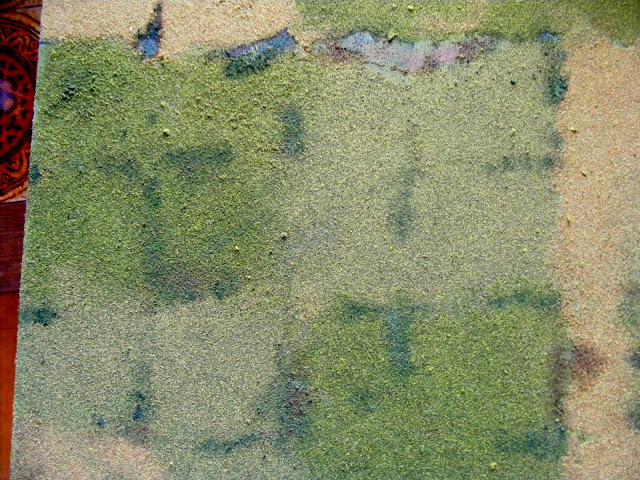 Here the dark green lines which represent tall weeds, bushes etc, need to be broken up a bit. There are also a couple of squares of brown that don't appear to be delineated at all.