Work is now underway on my permanent portable/family room game board. I meant to just paint it but somehow I found myself with glue and cans/jars/bags of flocking. The last time I flocked a board was in 1981 when I made a set of 2' x 2' geomorphic terrain boards. 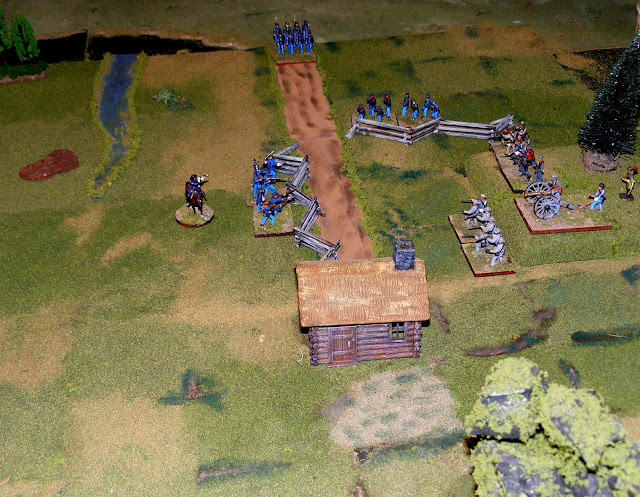 Some 1/72nd ACW troops trying out the new board.

Thinking about my old boards got me thinking about the various surfaces that I've played on at home over the years. I'm not going to list every variation, for one thing  I can't remember them all. For example when did I first get a felt cloth? At college? or after?  Unfortunately I have no pictures of any of my college games for reference, just a B&W snap of a game at the Montreal Club  probably 1975/76.

(As an irrelevant aside; this game pitting my Valdurians vs Simon's Aquilonians was followed by a hasty shuffling of troops into a Carthaginian army to match the newly  released WRG lists brought by an American guest who went by the nickname of Crazy Norbert. He had a gorgeous Garrison Republican Roman army and handed me my head on a plate by a mix of good tactics, a minute knowledge of the finer points of the rules and a somewhat, lets say ruthless attitude. For example, there was a hill in this game that we had scattered lichen on for looks but treated as open. Once my cavalry entered it during the 2nd game my opponent insisted that it was rough ground regardless of how we had played it an hour earlier. Ouch!) 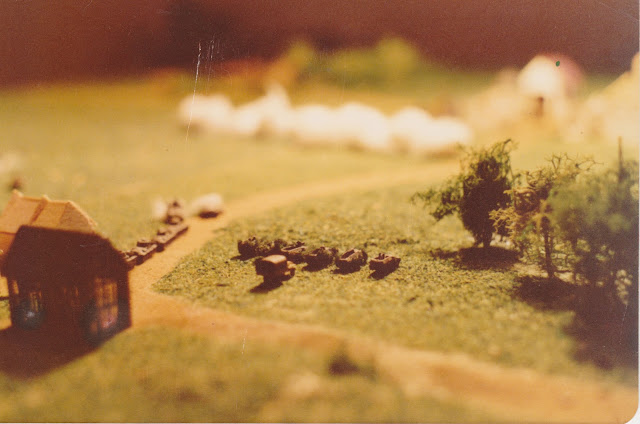 France 1940, GHQ microarmour on my geomorphic boards 1981. Hills, roads and rivers built in.


After much debate, the new table will be 30" x 36" with a 10x12  grid of 3" squares. Since some of my  troops are on 40mm wide bases, I was seriously tempted to go with an 8 cm grid but since I was starting with a 36" x 36" board, I would have had to reduce the number of squares to 11 x 10. or 11 x 9. The latter was tempting as it would have had a central square but in the end I opted for the extra row of squares. Most of the troops that I plan on re-basing haven't been done yet so 1.5" bases will be the order of the day. I'll live with the mm discrepancy on existing bases or take a file to them if it really bothers me that they over hang slightly. 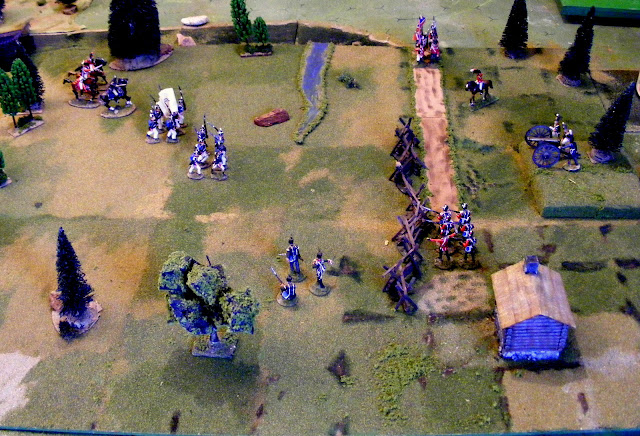 The 40mm 1812 guys kick the tires on the under construction board.


This is still a work in progress but I think you can see the idea. The roads and streams will be felt or foam lay-on's, painted with flocked edges. Hills will be flocked shapes. The big table will probably be painted rather than flocked when I get to it as I've seriously depleted my stock of flock including a couple of bags abandoned by my brother-in-law and the warchest is empty. I'm also disappointed that the grass flock is not as bright a green as the fields that I drive past in summer.

There was supposed to be a frame underneath and a backdrop.Did I ever mention that I can be a bit impulsive?  Something for later than. 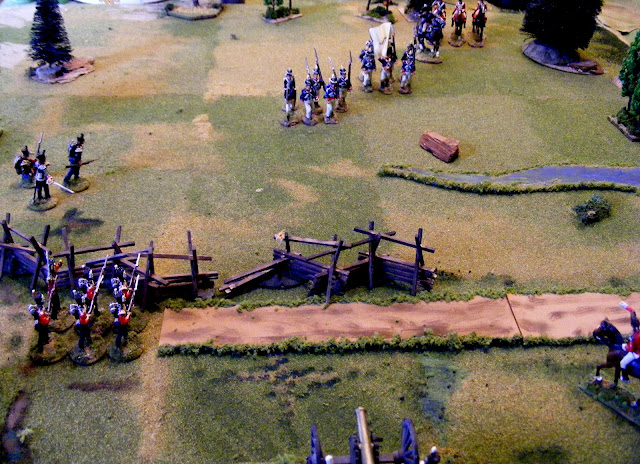 A closer look at the board and prototype road section.

I started to do strictly 3" squares but they looked too patchwork so I veered towards 6 inch squares subdivided into 3" ones. My plan was to do the main table in 6" squares but now I am thinking about the possibilities if use the subdivided method so that I can play on a table with the same 120 square grid using larger squares that will hold a 40mm wagon or limber but with the option to play with 4 times as many squares giving a larger field with 480 squares.

As it is the small table will allow me to play most War of 1812 battles in 40mm using 6 man battalions. Not as impressive as 20 man battalions on the larger table but the combination of fewer figures, a grid and simple rules would make this just the sort of introductory game for non-gamers that I've been periodically writing about.