After thoughts (and during thoughts)

My main impression of the last 2 games is that they were very much like the games I was playing with my 54's 10 and more years ago except that I was finishing them in a very reasonable time, and that they were pretty much what I am looking for, for this sort of scenario. 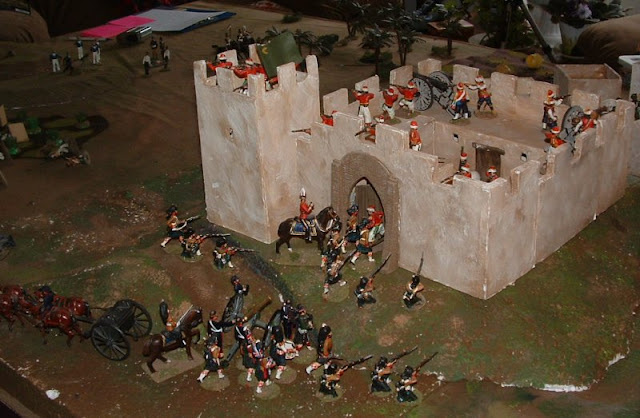 How well they will work in a more straight forward encounter between two regular armies, remains to be tested.


Various memorable incidents or aspects of the game.

Part of me wants to complete the plan and finish the rebellion with a last stand game, (not saying it won't break out again later!) but part of me wants to switch up and get a 1/72 ACW Hearts of Tin battle on the table since that side of things has been  neglected of late, or else an Ancients game.

Tomorrow is a Battlecry Colonial game at Ron's so afterwards, we'll see what's up. 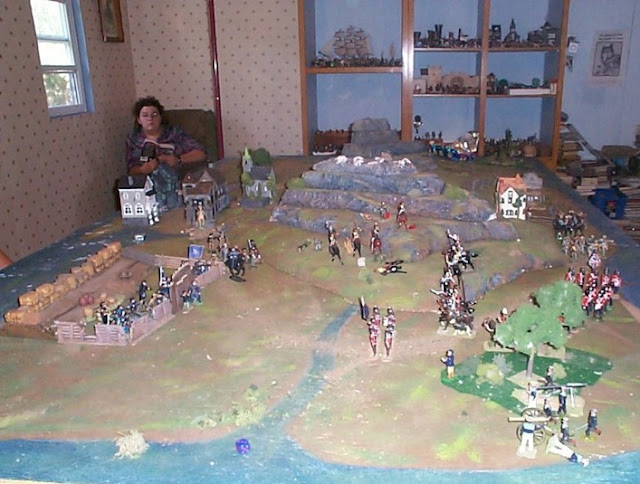 The first Faraway game c 2001, MacDuff & 54mm in Grant's Island Battle.
The 2 John's Daniel who were commanding are off screen and that's Sylvia in the corner.
Posted by Ross Mac rmacfa@gmail.com