Preparing for the Gathering Storm 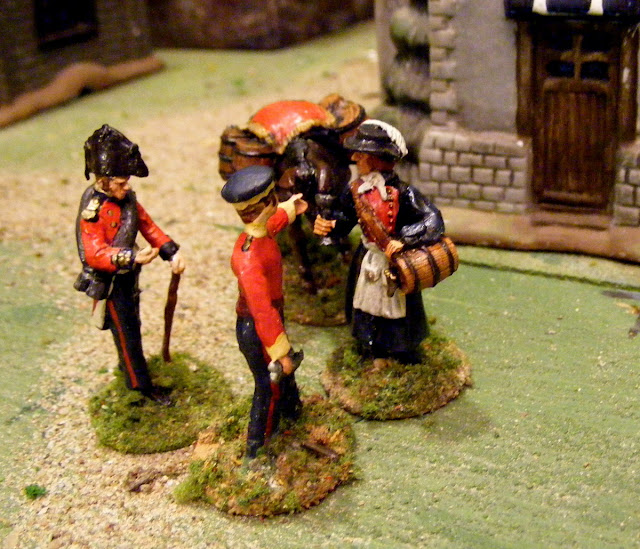 Its been a busy few days at Base Camp but most of my 1812 British, all of the Rebels and some of the Americans and 1837 troops are back on washers. I even invested $10 in another 2 lbs of washers which is about 200. Enough to finish the rest of the 1837, Oberhilse and American troops. I also re-tested an 8 man proto-movement stand  and it will still hold the troops at very steep angles (see a test of a 4 man stand 2 years ago).


There was a moment when I wavered and almost fell back on a larger establishment but after a break, common sense returned and I carried on. The new establishment for line infantry will be 2 officers including an ensign with a colour, a sergeant, 4 grenadiers and 9 privates. That's  a little light in privates  but as often as possible the unit will have 14 bayonets which is all that will matter. There will also be a drummer who won't count for combat or morale.

Once I had my fill of basing, I turned my mind to a scenario. I had been thinking of rebels trying to hold off government forces while they prepare a bridge for demolition but that felt too much like the last game, another delaying action. I decided to go for an attempt by rebels to seize a local militia armory including a 6-pounder canon. adlibbing, I put.together a village at a crossroads then surrounded it with fields and woods.  This was going to be a tough nut for the rebels, especially since reinforcements would include Dragoons which they would have little defence against if caught in the open. Best to keep government forces to a minumum, Here's what I ended up with: 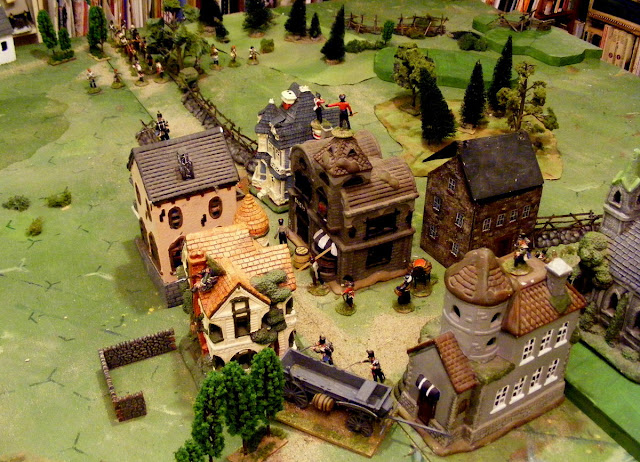 Arriving on the south-west road on a score of 2d6 <= turn number. 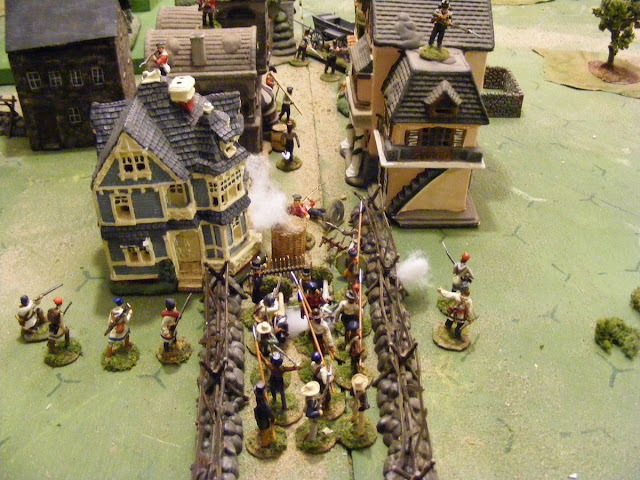