Nkh Khu Land, Dawn on the Ninth of March, 1872,
The Supply Depot at Kinch's Drift garrisoned by B company 42nd Foot.
As the strains of "Hey Johnny Cope" fill the air, the voice of the Sergeant Major can be heard "STAHNNND TAE!" 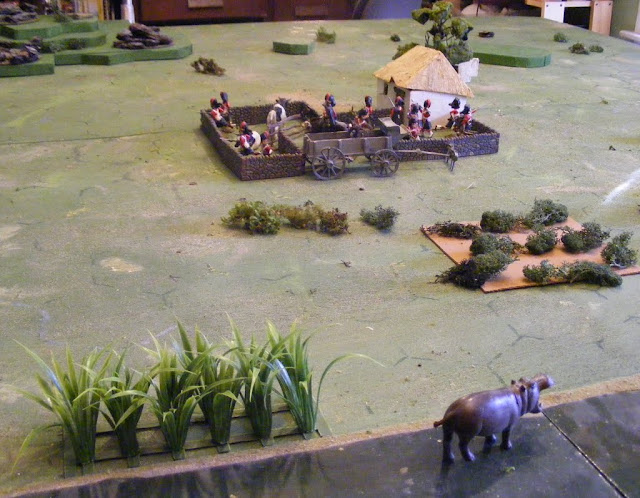 As I have mentioned, I want to do a bit of Colonial gaming in North Atlantica, but I don't have enough native Atlantican forces painted up yet. Now, there are many things that Hearts of Tin is NOT designed for. Fighting detailed very small colonial actions like, perhaps, an attack by "natives" against a garrison at some post named after some Irish fellow, is an example of such a thing. However....... as luck (or good planning) would have it, I may not have my 40mm Atlanticans ready but I still have my 54mm Nku Khu (standard or small 54mm not the new BIG brutes) and some old Britain's including the 42nd Foot. (24th? 42nd? Never been very good with numbers. )

Meanwhile, back at Kinch's Drift.
From behind the Stactpyne Hills comes the sound of drums..... 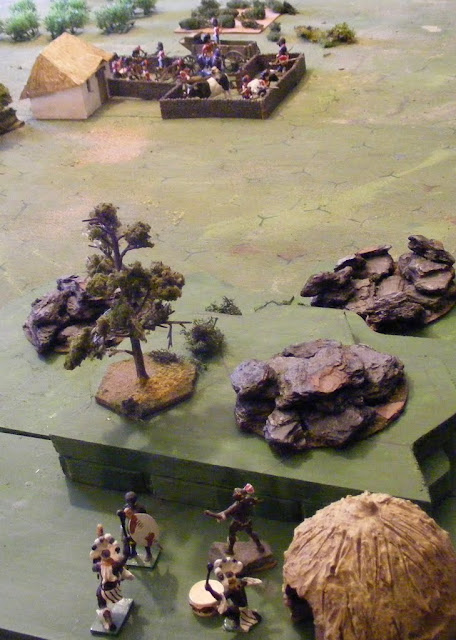