Another Change of Heart 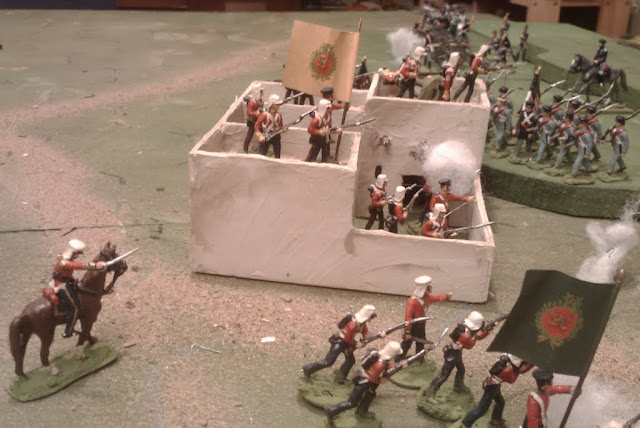 It was right after the Buffs stormed the little village that I realized that my fears were right, I was playing and modifying the wrong set of rules. This wasn't really a MacDuff game, it was a Hearts of Tin game. Now I'm really glad I didn't rewrite MacDuff before playing!

Luckily I can play HofT without actually gluing the figures to bases so I switched rules mid game and got 1 turn of modified HofT before having to attend to other things. Hopefully I'll finish up tomorrow  and have a look-see at HofT to see what changes would be needed.  One thing already decided on is a slight increase in the number of hits per stand to 2,3 or 4 depending on quality vs the current 1,2, or 3 . 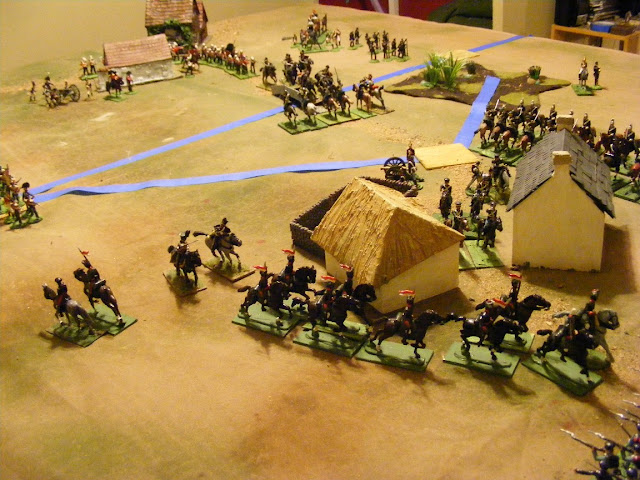 I'm not quite sure what this means for my armies. As mentioned, I don't need to put troops on bases to use HofT though with even this many troops on table, it wouldn't hurt. It would be tempting to go back to where I started 3 years ago with the 1812 and 1837 Rebellion and Texas figures based singly and organized into companies for MacDuff  while the Indian service troops go onto bases and get organized into battalions for HofT. Now that I know that I can work the Scruby and homecast figures on a 15mm frontage whether on single  or multiple bases, the pressure to go all one way or the other is off. .

So basically, troops in shakos, Indians and American/Canadian militia types fighting amongst woods and farms. Troops in forage caps, esp with curtains, fighting in a drier climate with adobe houses. It may be time to revisit those other Indians after all or maybe just invent those indigenous Atlantican armies. 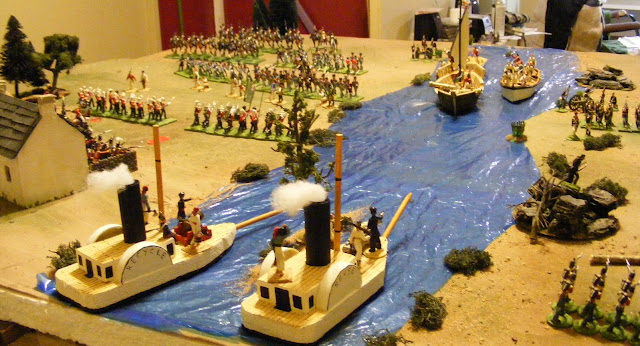