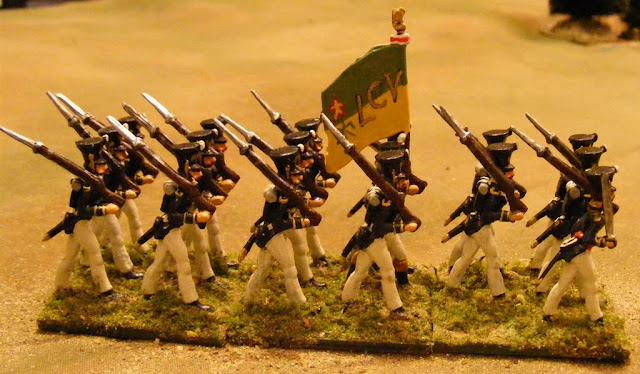 The Lafeyette County Volunteer Rifles proudly parade with their new colours as they march off in search of an elephant..

Spring has come early and so have the forces of Oberhilse. Slipping quietly over the Neverwaussie River where the Stony Creek joins it, the Republicans pitch their tents in anticipation of a well earned rest. After all, the forces of Faraway are, well, far away. What could go wrong as a new campaign begins? 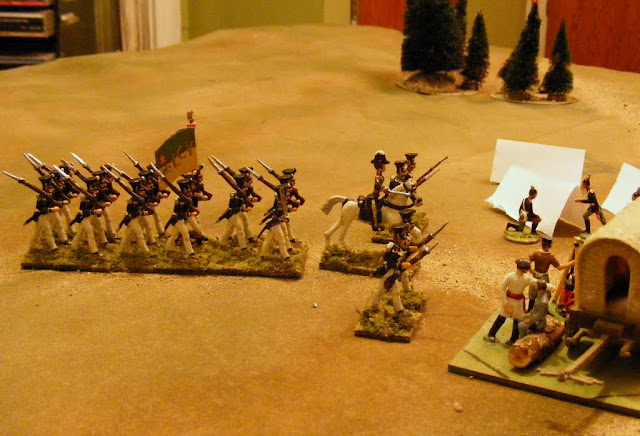 The artillery pitches their tent and the doctor treats some blisters as the Rifles return from a patrol through the surrounding hills.